As we finished our Luther tour we saw many more sites. We traveled to Eisleben where Luther was born Nov. 10, 1483.

In Erfurt is the Augustinian Monastery where Luther studied. He was ordained in 1507. 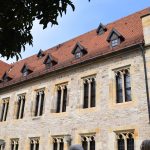 The Wartburg Castle is near Eisanach. 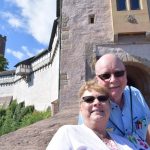 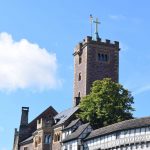 Luther was taken here after a “friendly” kidnapping by Frederick the Wise. This is where Luther translated the New Testament from Greek into German in just 10 weeks. He was known here by an assumed name, Sir George.  Eisenach is also where Luther attended high school and lived with the Cotta family for 3 years. This town is also Bach’s birthplace.

As we traveled toward Steinbach we saw the place where Luther was kidnapped. You can see Duane drinking from the spring where they would stop to water the horses. If you look to either side you can see the paths leading up into the forest. 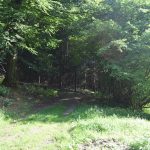 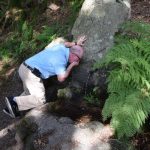 On our way to our hotel we followed a familiar site; a John Deere! 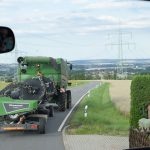 As we neared our hotel and it was almost dusk and a beautiful sunset greeted us, along with the familiar wind turbines in the distance. 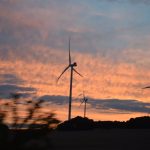 On our last day we enjoyed a cruise on the Rhine seeing castles. 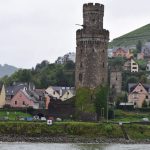 I couldn’t help but marvel at the immense size. You can see the railroad tunnel even looks like a castle. This was done to mask them during the war, so the railroads would not be bombed. Alongside us on the river were shipping barges carrying containers just like we see pass in front of house in Danforth. 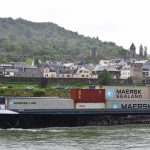 Luther was an amazing man. He taught us many things about faith. We have much to learn. As we begin studying The Story this fall at St. John’s I hope we will all be encouraged by God’s word and how our story is a part of God’s story, just like Martin Luther’s was.

This site uses Akismet to reduce spam. Learn how your comment data is processed.